Given the ongoing concern throughout the province about the problem of selection for post-primary education, we invited the Minister of Education, John O’Dowd MLA (Sinn Féin), to be our chief guest for the evening. Sharing the platform with him were representatives of all the parties in the East Belfast constituency elected most recently to the NI Assembly: Sammy Wilson MLA (Democratic Unionist Party), Michael Copeland MLA (Ulster Unionist Party), Chris Little MLA (Alliance Party – replacing Judith Cochrane) and John Kyle (Belfast City Councillor and member of the Progressive Unionist Party – replacing Frankie Gallagher). Mark Devenport was once again in the chair.

From the outset the questions came thick and fast from the audience, and while many covered educational issues from primary to post-graduate level, a great number also dealt with local and other issues. Again the involvement of the public was very high, and it was particularly good to see large numbers of young people in attendance.

For the third time in a row the written feedback from the audience was extremely positive, showing the same level of support and enthusiasm as in previous years. 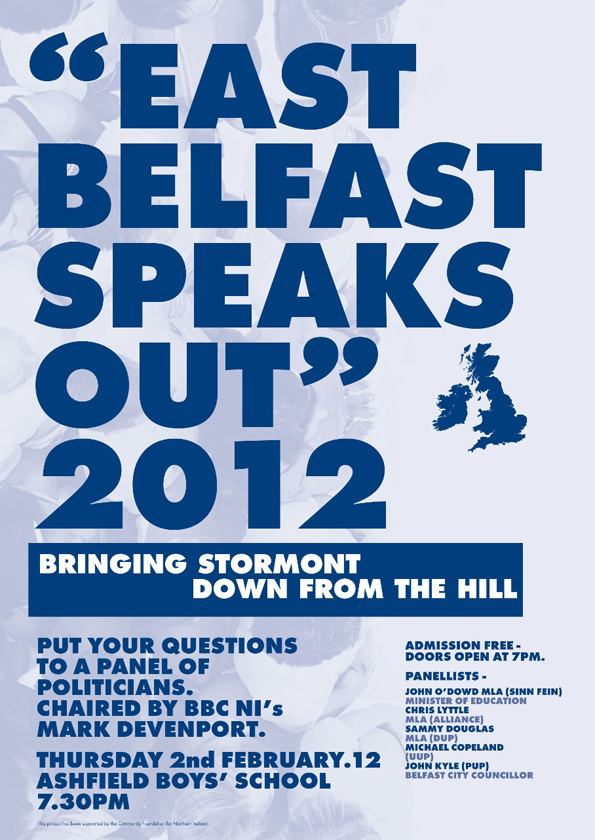