Our first event was something of a landmark for the community due to the fact that Gerry Kelly MLA, a former IRA member and current Sinn Féin politician, was on the panel. It was a credit both to him and to the audience that while both spoke plainly and straightforwardly in terms of their own convictions, each treated the other with restraint and respect. As the intention was to have a prominent figure from each of the two leading Assembly parties, Mr. Kelly’s counterpart on the platform was Jeffrey Donaldson MP MLA of the Democratic Unionist Party (DUP). The other panellists were Naomi Long MLA (Lord Mayor of Belfast and member of the Alliance Party), Patrick Corrigan (Amnesty International) and Laurence Robertson MP (Shadow Minister for Northern Ireland). Mr. Robertson had stepped into the breach at short notice, Owen Paterson MP, the Shadow Secretary for Northern Ireland having dropped out at the last moment.

Discussion was frank and wide-ranging and the feedback received from questionnaires submitted by the audience showed a 100% satisfaction with the whole evening. 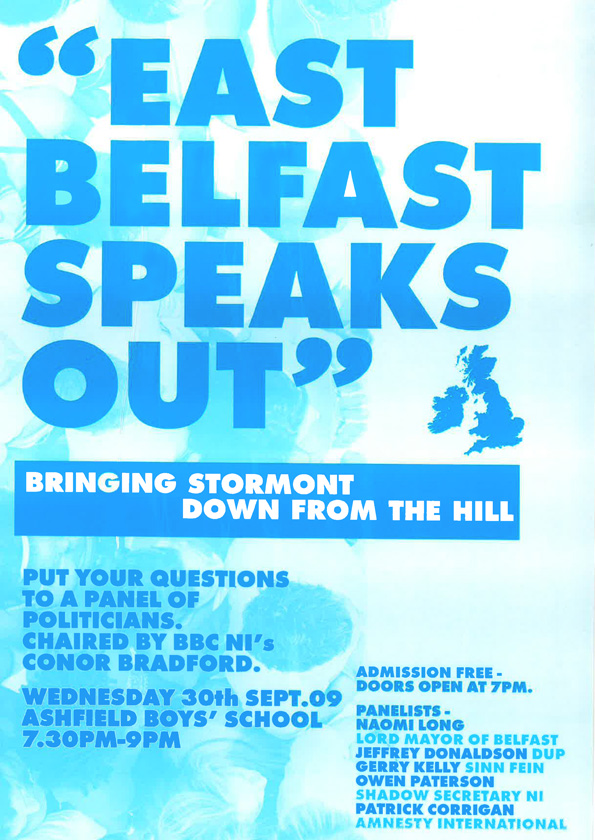